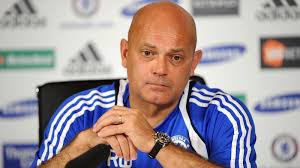 Wilkins died in hospital at the age of 61.

Wilkins was taken to St George’s Hospital in Tooting, London last week after suffering a cardiac arrest and was placed in an induced coma.

He left behind his wife, Jackie, with whom he had two children, Ross and Jade.

Wilkins, a former Chelsea, Manchester United and AC Milan midfielder, continued to work in the media on a regular basis and was held in the highest regard by everyone in football.

He was born in Hillingdon and rose through the ranks at his boyhood club Chelsea and made his first-team debut against Norwich City at the age of 17 in 1973.

He would go on to play 179 league matches for the club over the next six years having been appointed club captain at just 18.

After relegation in 1978-79, Chelsea accepted an offer of £800,000 from Manchester United and Wilkins was on his way north.